Welcome to Rigone, in the heart of Tuscany.

“…Tuscany, where our heart is”
Grandmother Mimma

The history of Rigone is the history of our family, whose roots have always been firmly planted in the clayey lands of Tuscany.

Our ancestors are the Castroni Cresci, landowners in the area. The street where the historic Praetorian Palace of Montaione is located, now a city museum, bears their name.

Great-grandmother Emma Castroni Cresci had married a young and ambitious Pisan, Carlo Bonsignori.  The enterprising agronomist founded the Monteadorno farm in the mid-nineteenth century. In 1904, in the Grand Palais of the Champs Elysees at the International Exposition in Paris, Great-grandfather Carlo won first prize and the international gold medal for wine.

Carlo died very young, leaving his wife a widow with a small son to bring up.

Grandfather Luigi was aware of this responsibility. After studying at Poggio Imperiale and graduating in engineering, at the young age of 22 he married Grandmother Rita and took over the reins of the company.

During his life he was an engineer, mayor, Knight of the Kingdom of Italy and many other things, but his true and greatest passion was his land.

One of his first projects was Montaione primary school, still in use today.

Luigi and Rita had 3 children and made sure they all studied, whether they were male or female.

They lived between Milan and Pisa, all united by a great passion for the places of their childhood, a passion they renewed during their frequent stays at the family home in Montaione.

For all of them, and for us who came later, Tuscany has simply always been where the heart is.

Today the business is headed by another Luigi, born and raised in Milan, who inherited his passion for the land from his grandfather, and there is a new generation ready to continue in the footsteps of the past.

The Family Coat of Arms, “the literary warrior” unites the two great passions that have always  distinguished us: the tenacity and strength to fight for our ideals, and a love for the arts, literature and culture. 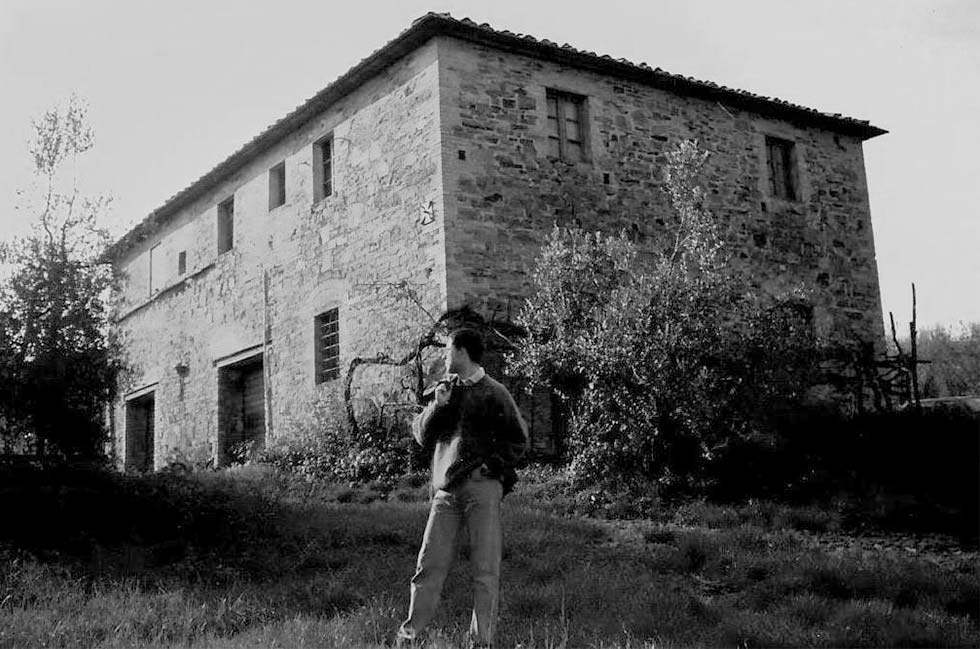 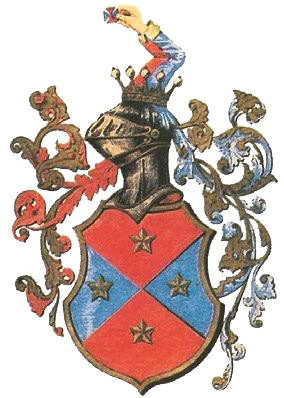 From Farmstead to Agriturismo

The Rigone farm, built in 1700 was a typical rural, Tuscan settlement, consisting of the farmhouse and annexes, barn and ‘tabaccaia’ (used for drying tobacco). It was the dowry Great-grandmother Emma received upon marriage. On the surrounding land, wheat, tobacco, vines and olive trees were grown. The farm was working and inhabited until the 1960s.

After decades of neglect, a careful restoration saw it transformed into Agriturismo Rigone, a small, well-kept holiday complex able to meet the needs of even the most demanding guests.

An infinity pool set among olive groves and vineyards, only 9 totally independent apartments equipped with every comfort, and our family, still here to welcome you and make sure you enjoy the real Tuscany.

Where our heart is.

A doctor in agriculture and manager of a multinational company, Luigi decided to leave Milan and take over his great-grandfather’s business. When he isn’t working around the world, he looks after his children and his land. He likes to knead gnocchi and tagliatelle as well as eating in the company of friends.

A designer and marketing manager for a multinational company, Nada decided to share Luigi’s dream and move to Tuscany. She was rewarded with the arrival of her second son, Giovanni, and a life that has made her happy.

He’s our firstborn, a Milanese, who climbed onto a tractor for the very first time when he was just two years old. Since then he has always preferred bread and oil to packaged snacks. Today he’s studying in Milan, but returns whenever he can. Because Tuscany is where the heart is, as his grandmother Mimma taught him.

Our true Sienese gentleman, just like his grandfather. City life is not for him. He prefers bulldozer tracks to the escalators of the metro. Today he’s a pupil at the school his grandfather built and the only one in the family who speaks like a real Tuscan.

The person who has made all of this possible; who has taken care of our land through countless difficulties over the years so he could hand it down to his children and grandchildren. Grandfather Alceste still supervises all activities with a careful eye. Our gratitude goes to him.

An Italian American originally from Central Texas, Jill has pursued her dream, along with her husband and three children, of returning to the land of her grandparents. As a professionally trained baker and pastry chef, she usually has her hands in flour developing recipes and making cake art. 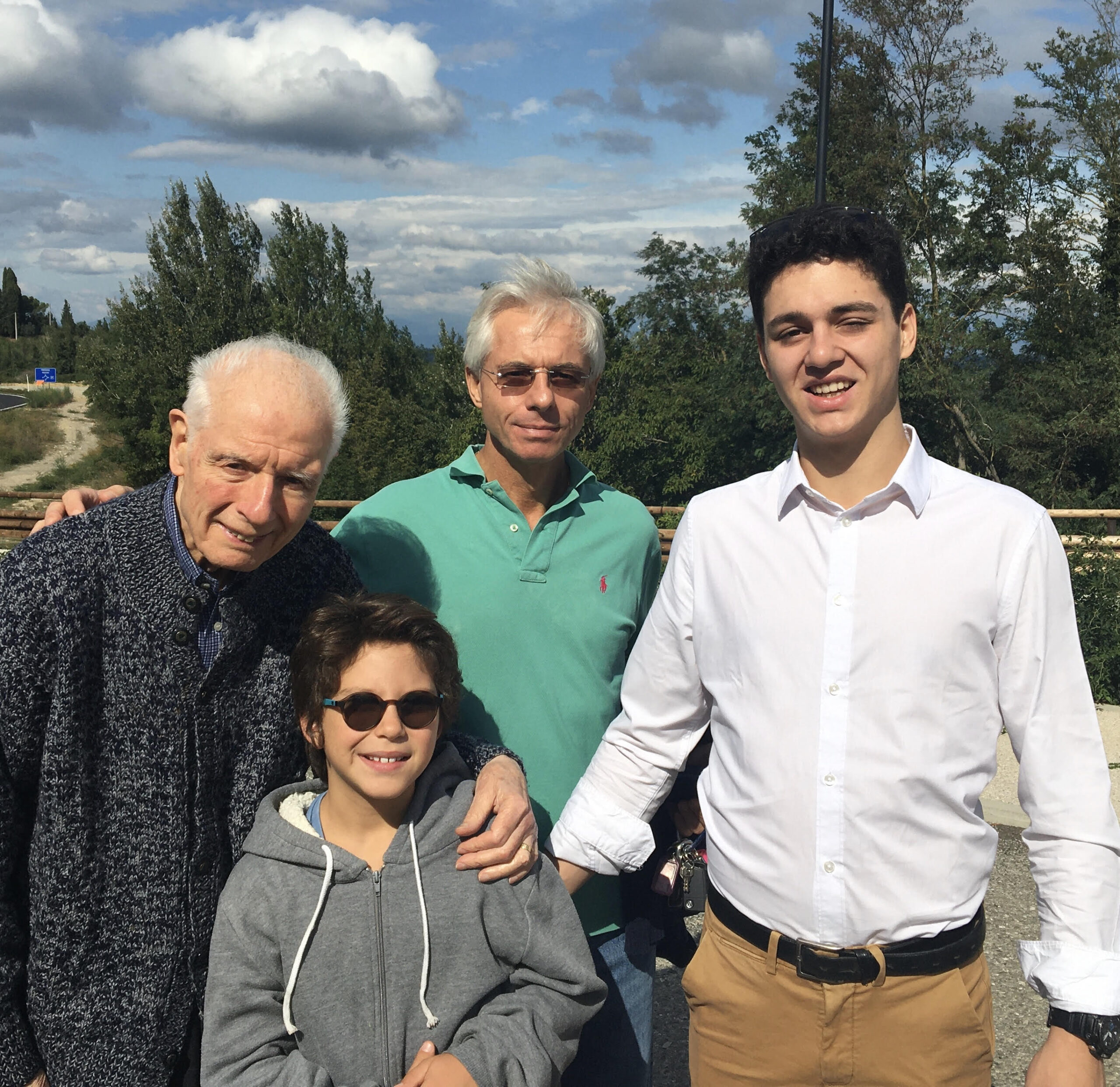 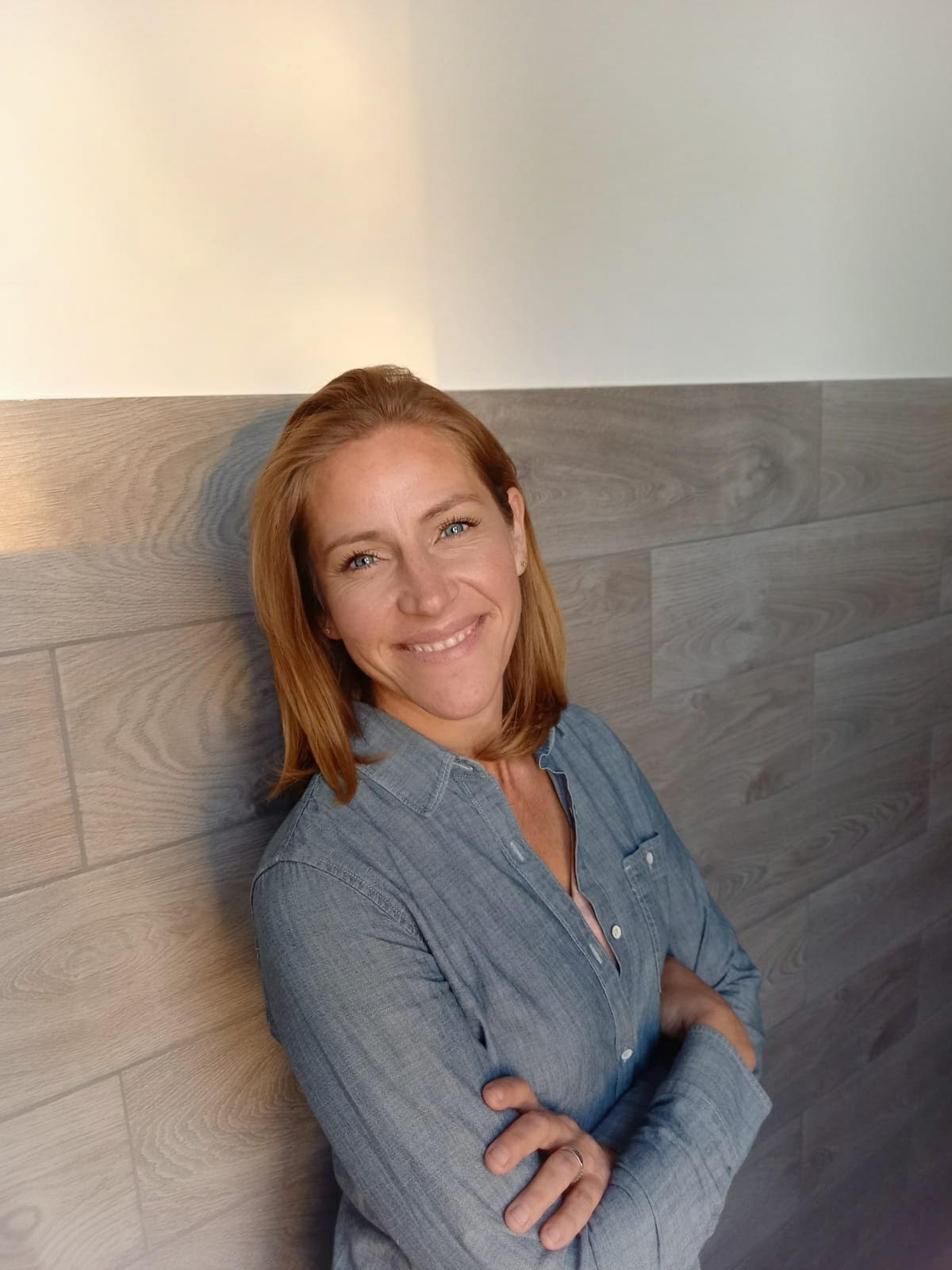